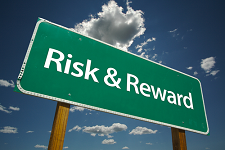 Anyone who starts a business in the middle of a recession is crazy, right? Well…maybe not. According to small business statistics, 2011 was a very good year not only to be in small business, but to start one. The United States is currently home to more than 27 million small businesses. If you’ve been attracted by the idea of being your own boss, or by the prospect of creating jobs for others, but were hesitating because of the economy, you may want to reconsider. Here are a few reasons why now is a great time to start a small business.

Startup Costs Are Low
Entrepreneurs can get their businesses up and running for less money in the United States than in many other countries around the world. It takes an average of $2,000 to start a small business in India, whereas it’s just $325 in the United States. This is especially true if you’re starting an online business. Factor in the costs of a domain, hosting, site design, content production, incorporation (if you go that route), and a few other odds and ends, and you can hang your online shingle in almost no time, and for less than an average mortgage payment.

You Can Create Jobs
At a time when many large companies are still in the process of laying people off left and right just to keep afloat, small businesses are responsible for keeping a lot of people employed through the current economic conditions. Because operational costs are so much lower for small businesses, it’s easier for them to weather economic storms and retain employees. And the truth is, salaries in startups are usually lower until the company takes off and begins growing. Much of the country’s workforce is compromising by taking lower salaries than they had before just to secure steady employment. You can hire someone with a lot of skills and experience, and reward them later on as they help the company work toward its goals.

You’ll Have More Control
In large companies where employees are wondering from day to day whether they’re going to be able to keep their jobs, there’s a constant atmosphere of FUD (fear, uncertainty and doubt). It’s an awful way to spend your days. No one likes to be at the mercy of others, waiting for a hammer to fall because the big corporation decides it needs to save some money, and your salary is a luxury it can no longer afford. By starting your own business, you hold that fate in your hands. The company’s success depends on how hard you work, not someone else’s bottom line. Starting a business can be stressful, but by removing uncertainty, it can also be much more rewarding than working for someone else.

Starting a small business isn’t without risk. It requires hard work, smart decisions, and sound planning. But don’t let fears about the economy stop you from taking those measured risks. It may be the best thing you ever do for yourself, and for the economy.

About the Author: Anita Campbell is the Founder of the Small Business Trends website and CEO of BizSugar, an online community of small business owners. 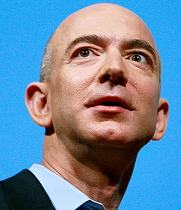