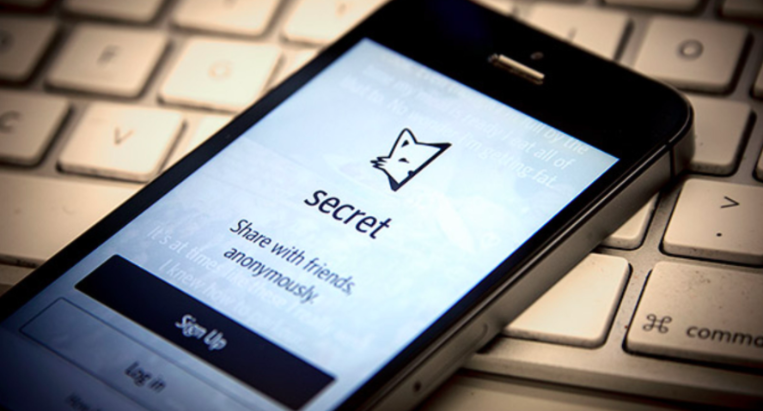 Secret, the anonymous sharing app will soon be shutting down. The company raised $35 million, therefore it’s unlikely that the company is out of money.

One source says the company has been whittled down to under 10 employees from over 20 several months ago and has been in “maintenance mode.” according to TechCrunch.

Here is what the Founder, David Byttow said in a blog post.

“After a lot of thought and consultation with our board, I’ve decided to shut down Secret.

This has been the hardest decision of my life and one that saddens me deeply. Unfortunately, Secret does not represent the vision I had when starting the company, so I believe it’s the right decision for myself, our investors and our team.

Secret, Inc. still has a significant amount of invested capital, but our investors funded the team and the product, and I believe the right thing to do is to return the money rather than attempt to pivot. Innovation requires failure, and I believe in failing fast in order to go on and make only new and different mistakes.”

Secret was started by Byttow (who spent time at Google, Square and Medium) and Chrys Bader (who worked at Google and the startup launcher YCombinator).

The startup reached 15 million users and had 25 employees by January. Then Chrys Bader-Wechseler (co-founder) quit, citing differences in entrepreneurial vision.

Here is Chrys’ note to David when he left:

With Secret, David and I set out to create a new platform that allows people to be their most authentic selves. I think we did exactly that, enabling us to assemble an incredible team along the way. It’s become clear that the next chapter of Secret is beginning in a way that will be less about the kind of creation and design that I love, and so it’s time for me to step down, let the team do what they do best, and focus on what I do best. Secret’s design is in good hands with Ben Lee (@SirBenLee), the best designer I’ve worked with, and I’m excited to see what he comes up with next. — Chrys

Only a month after launch in February 2014, Secret raised $8.6 million from Google Ventures and Kleiner Perkins, among other investors, a sign of the high hopes around the app. The app would go on to raise a full $35 million in funding.

“In Wednesday’s public note, Byttow said Secret’s anonymity was great for “open communication and creative expression,” but acknowledged this has been “the ultimate double-edged sword.” reports CNN Money.

Over time, David plans to publish postmortems so that others can learn from the unique mistakes and challenges they faced.

Anonymity has always been a double-edged sword like David said. So when you build a great tool with a vision to help people communicate openly and freely express themselves and it also becomes a haven for bullies who, protected behind a veil of anonymity hurst others, you definitely would want to do something about it.

“..Secret was controversial. For many, it was a morass of vitriol and catty comments, a playground for anonymous cyberbullies to take potshots at others. Secret scrambled to hire community moderators to control the negative posts. People inside Secret said it was not prepared to deal with the flood of negative posts.” according to NYT