This Is The Daily Routine of Warren Buffett 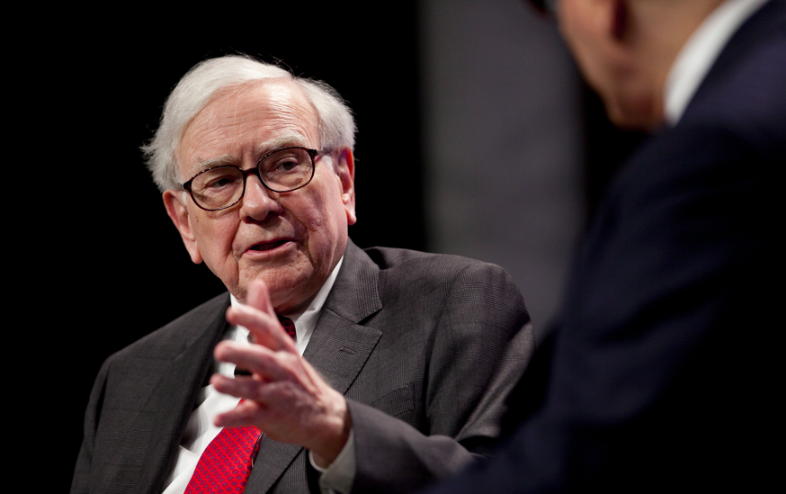 Warren Buffett is a billion-dollar investor. He is also a philanthropist. Buffett is considered one of the world’s greatest and successful investors. As Chairman and Chief Executive Officer of Berkshire Hathaway Inc., Mr. Buffett has invested in a broad range of companies.

In 2006, Mr. Buffett pledged most of his fortune to the Bill & Melinda Gates Foundation and to four charitable trusts created by his family. These are a few of the things that are important to him on daily basis.

This means he spends almost all of his time in deep thought about the things that are most important to him and his business. That also means that he doesn’t spend a lot of time in meetings.

It also helps that he’s a fast reader. When he’s in the zone, he completely shuts off everything. He turns the television on but it’s muted. He usually closes his windows. Nothing is important except what he’s reading at that moment.

Buffet is quoted as saying three books have shaped his investment philosophy. For more than half a century, he used the information provided in these three books to go from nothing – to a massive 74 billion dollar net worth (2017). The three books which gave him this wisdom are, The Wealth of Nations, by Adam Smith, Security Analysis, by Benjamin Graham and The Intelligent Investor, also by Benjamin Graham.

He doesn’t spend his day reading because he has to. He designed it that way

For him, the journey is the reward. He realized at a young age that there was a lot of money to be made in the stock market, and that along with it he would have the freedom to design the life he wanted to live.

When asked how to get smarter, Buffett once held up stacks of paper and said “read 500 pages like this every day. That’s how knowledge builds up, like compound interest.” Warren Buffett says he sits in his office and reads all day.  This is how he gains more knowledge and becomes smarter.

“I love playing bridge, I talk to my friends, and I pretty much don’t do anything I don’t like to do. I’m very fortunate in that… I’m pretty much in command of my own time, but I have a lot of fun doing it.”

When Buffett met Bill Gates for the first time in 1991, he pulled out a datebook to schedule a time to meet or talk in the future. What impressed Gates was how empty the datebook was, Buffett tells Levo League in an interview.

It’s important to develop the ability to say no and guard your time because it’s your most valuable resource.

He lives in the same modest house he bought over 40 years ago, and works at the same office he bought around the same time.

Both of those places are in Omaha Nebraska – far removed from the world’s financial centers. He picks up guests visiting him at Berkshire Hathaway himself in his $30,000 car and often takes them to McDonald’s. Not the behavior you’d expect from one of the world’s richest and most successful people.

1. Keep it simple and steady: “When promised quick profits, respond with a quick ‘no.’”

2. Focus on the big picture: “Focus on the future productivity of the asset you are considering. If you don’t feel comfortable making a rough estimate of the asset’s future earnings, just forget it and move on.”

Buffett also suggests how to allocate: “My money, I should add, is where my mouth is: What I advise here is essentially identical to certain instructions I’ve laid out in my will… Put 10% of the cash in short-term government bonds and 90% in a very low-cost S&P 500 index fund. (I suggest Vanguard’s. (VFINX)).”

Buffet is still largely disconnected from the online world. Yet he can still manage his companies very well. The lesson here is that single largest benefit of success is the freedom to wake up every morning and work on something you are passionate about and that leaves you fulfilled. And it starts by deciding exactly what that is.