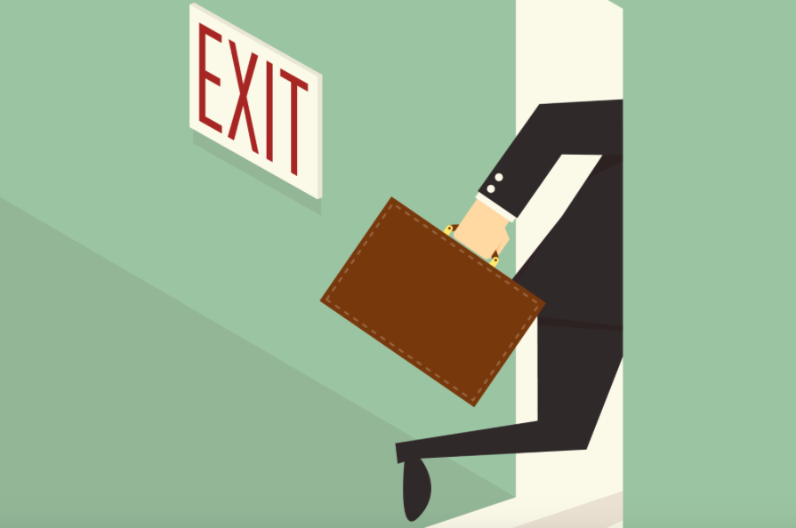 If you are thinking about quitting your job to start a business, this  post is exactly what you need. Gregory Larkin, (Product innovator with 2 exits and the scars to prove it) reveals everything you should do to prepare yourself before you make the final decision to hand in your resignation letter.

Gregory originally shared this on Quora in response to the question: What made you quit your comfortable salaried job and start a company? He writes:

One year ago, before Christmas 2014, I hiked to the top of a mountain in Scotland with my brother in law. It was a much- needed break from my finance job which was slowly crushing my soul. We were quietly taking in the incredible view when I turned and said “When I get back to New York I’m going to quit my job. I’ve just now made up my mind. I can’t do this to myself anymore.”

“Are you serious? That’s a bold move.” My brother in law replied with alarm etched in his face. He was the brother of my wife and the uncle of my two children. So he was right to be very concerned.

“Look, every day I’m there I move further away from my best self. My existence is consumed by holding onto territory rather than creating anything of value. There’s no amount of money which can justify that.”

What ensued over the days following that hike was a sequence of events which led to the ballsiest, scariest, and ultimately most rewarding decision I’ve ever made in my professional life. I’ve shared here exactly what i did. I hope very much that it does for you what it did for me: unlock your truest and best self that is currently suppressed by a bullshit job.

I also encourage you to contact me directly if you need more help. The World needs more people to quit their jobs and add real value with their finite time here on Earth.

Here’s what I did:

I made a list of all my excuses: And once I saw them on a list I was able to see them for their fallacy. No, I was not 1 month away from a promotion. No my team does not need me. No, I am not going to fall into financial ruin. And the myth that any of these was true is what deluded me into thinking that if I was obedient enough or cunning enough, or worked longer hours, or formed the right alliances, or endured another screaming session by some senior vice president whose only actual value was that he was a senior vice president – that somehow I’d land on my feet. Once I wrote down the excuses I was able to see that I was locked into this crippling sense of dependency that was as debilitating as it was false.

Be very clear about the balance of risk: For a few years I had been reading all the literature about “how to be an intrapraneur,” and after following all the rules I realized that it’s mostly all bullshit. As necessary as innovation is for a large company it is also a threat to entrenched cash cows and the executives who run those businesses. Intrapreneurship requires a degree of deference to an entrenched system which is antithetical to risk, and therefore antithetical to actual innovation. The very rare exception is the large company that deliberately launches startups that would put them out of business if someone else built it. Very few companies have that kind of audacity.

Take a fearless personal inventory: I made a list of all the most fulfilling experiences of my career and for each of these moments identified who I was working with, what I liked about them, what I was working on, etc… I then did the same for the low points in my career. I quickly realized that the kinds of products I had built were equally represented in the lowlights and highlights column. That is, my happiness was influenced by who I worked with more than what I did. That realization was critical for what I did next.

Seek out your people – not your job: Once I realized that my best work was a product of who I worked with – not what I did – my priority was finding my people and bonding with them, rather than looking for a job. I started with people who have quit big companies to launch their own company. They always responded. During those coffees/ lunches I DID NOT PUSH them for job references. I DID NOT push them for job openings. Their biggest gift was their empathy. My parents, significant other and former boss had all told me that I’m fucking crazy and financially reckless. These people didn’t. How did they stay sane? What are some of the networks and resources they used to line up their next gig? How did they know they were doing the right thing? People were flattered to offer a beacon of hope and a path through the woods. As you rebuild your career you will find that can make lifelong allies and friends in this way.

Your ideas are your network: I borrowed James Altucher’s technique of becoming an idea machine. Every morning I would come up with as many ideas as I could for companies and people that I admired. My weeks quickly filled with meetings with people who were eager to repay a favor to some stranger who had sent them great ideas.

You need 6 months of runway: At least I did. While I knew definitively that I belonged back in the startup world I didn’t know what I wanted to do exactly. Having enough savings to sustain me for 6 months enabled me to gain the headspace to figure out my next move.

Quitting is Badass – Own It: The weekend before I quit I was at a dinner party and someone asked me what I did. I sheepishly replied, “I work in the innovation team for a major financial firm and I’m about to quit my job.”

“That is totally badass!” she replied “Do you have another job lined up?”

“No.” I responded, still sheepish.

Moments like this made me quickly realize that quitting my cushy job gave me punk rock mystique that I would otherwise not have had. That mystique can act as valuable networking currency once you own it.

Got Some Fucking Sleep: Whatever peace and serenity I felt on that mountaintop with my brother in law quickly subsided once I was at sea level. I felt like I was walking ominously toward an impulsive, emotionally-driven doomsday. I became anxious, temperamental and sleepless. My doctor prescribed an anti-anxiety medication (Klonopin) which enabled me to sleep and think more clearly about what I had to do. I’m not the addictive type so once I no longer needed it I easily stopped using it.

Get some exercise: Every day I would either box or go running for an hour. The feeling of my heart pumping was a critical reminder of my own resilience and strength. It helped silence all the voices and emotions competing for my attention each day, if only for that one hour.

There are very few gaps in your adult life when you have time and space to learn and expand your thinking. This is one of them. Use it. I read every James Altucher book, a bunch of agile books, saw tons of bands and took my kids to school each day.

Be as nice as you can when you leave: When I handed in my resignation letter I said, “There are lots of people who love it here and thrive here. I wish them all the best of luck, but I am not one of them. I will never be one of them. So I’m handing in my resignation letter.” It was tactful and honest, and took an unbelievable amount of restraint not to throw anyone down a flight of stairs. You should do the same.

If you don’t lose sleep because you’re so excited about  the next opportunity – say no. I realized that life is too short not to do work with people and projects that I love. Once I made up my mind to only do my best work I was able to be open about my own weaknesses and strengths and to have a no bullshit conversation about how to create something that matters.

Soon I was navigating multiple high paying contracts from clients I loved, doing work that I love. I now run my own product strategy and innovation company, bowery315, and am making 3 times as much money, doing the best work of my life.

By adhering to a set of principles rather than pursuing a specific goal I was able to find my people. Once I found them I was able to do something I hadn’t experienced for a long time: work that I was proud of.

I hope that you can find the same!

EDIT ANSWER: Thanks for all the comments! I also wanted to add one more pragmatic step that I took: I was advising a friend’s startup on nights and weekends for a few months before I quit. I also immediately registered my new company, Bowery 315. Both of these steps were very important because it allowed me to say, “I just quit my job and am now launching my own company which advises startups [even though I didn’t yet know what Bowery 315 would do exactly.]