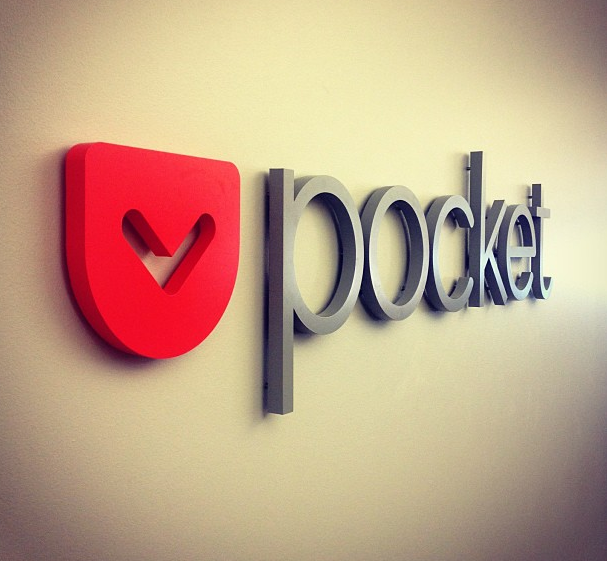 Pocket is one of  the best places to save and view content. It’s the solution, if you’re the type of person who’s always keeping a billion tabs open in a browser. Pocket allows you to save all that content to one place that you can view no matter when and where you are.

With less than 20 team members, more than $7 million in funding, a high user retention rate, over 11 million users, over one billion items saved and plenty of distractions that could pop up in Pocket’s path, it remains useful and awesome.

Nate Weiner, founder/CEO @Pocket  reveals Pocket’s past and present in an exclusive interview with Danny Schreiber of Zapier.

The Story behind Pocket

Weiner says to Schreiber:  I was working at a web design firm in Minneapolis about six-and-a-half years ago and during the course of the day I was coming across stuff all the time that I wanted to save, whether it be an article or a tutorial on something or a video I want to watch, and I was just emailing myself all these links. I would never open any of them because they would clutter up my inbox.

It was initially very much just scratching your own itch, so to speak, but in terms of its growth, it was one of those things where I certainly had no idea of what the impact would have been at the time. Once it got picked up on Lifehacker and then a number of other sites, it exploded from there. It quickly became very apparent to me that there were a lot of other people that had this problem.

How Pocket Took off

You’ll see that we are on a hellbent tour to reduce the number of steps it takes to save—our extensions have always been one click. They’ve never been like, ‘Open this thing, and then pick where you want to put it.’ It’s always just ‘Click it, and you’re done.’ Every mobile app that Pocket is integrated into we tirelessly work with them to reduce the number of taps. We’ve seen that every tap you add reduces the number of saves by 3x.

On the other side of it, we’ve always been tied to the notion of making sure you can view this content no matter where you are. We’ve tried to expand to every major platform that we can, and we support every type of content. This has probably been one of the biggest differences between us and other products. It’s not just about reading—articles only make up about 60 percent of all that’s saved to Pocket.

When we crossed the 10 million mark, it was a pretty awesome number, but at the same time we really are looking more towards the future. Every user that signs up is always like, ‘Hey, I can’t believe I’ve never heard of this.’ That’s our biggest challenge to date. How do we get out there? How do we raise awareness? It’s not fighting over a market share like a browser would be, it’s really just trying to get people to realize that there’s a better solution for how to do this.

For us, 11 million is a big number but we know the potential is a lot more.

Weiner: In terms of advertising, no. We haven’t done anything there to date. Paid advertising is a bit hard if you don’t have a monetized product behind it, because otherwise you’re just throwing money out there. One of the biggest challenges I had as a product-slash-entrepreneur person is really understanding the value of marketing. […] The rebrand to Pocket was one of the first times that we really started thinking about the importance of marketing and specifically about the messaging.

How are you telling your story? What does your story mean? What does your product mean? You can see since the evolution of Read It Later to Pocket and moving forward, we spend a lot more time trying to think about how our users perceive Pocket and how the market perceives Pocket, because we want to have a really strong brand. We want to have a really strong product that people care about, share and talk about.

When Danny said, “It sounds safe to say that the rebrand overall was a very positive thing for Read It Later”.

Weiner responded: Yes, we doubled our user base inside of a few months (going from 4 to 8 million users). The rebrand was as successful as I think it could be and I think it’s because we had a good story, we had a good product vision and it was really just about refining that and getting back to the roots. If you look at the difference between Read It Later and Pocket, you’ll actually see that we simplified it a lot more, there were a few areas we removed. There’s things that we did add, but it was all about honing in more on the core idea of what Pocket is supposed to be.

When he was asked “What’s the process at Pocket to decide the next feature or product update?” Weiner had this to say:

When we think about product, we try to think about the problems (a new feature would be) solving. For example, you may get a lot of suggestions from users such as, ‘Hey, we want tagging or folders to be able to organize our stuff.’ The first step of our process is to try and understand the actual problem (behind it).

Around the Pocket rebrand, some of the questions we were getting asked (were) around folders. The most common reason that people were doing that was, ‘Oh, I want to be able to separate out my videos.’ For us, when we looked at it we’re like, ‘Oh, we actually could do that way better because we can detect stuff as videos, we could just automatically create a video section for you, rather than forcing everybody to create their own video folder and manually move stuff there. That’s the process that we look at.’

In terms of our design process, it’s very much the same thing. We sit down to look at how to implement a feature or how to tune things. We try to always pose things as questions or problems to be solved—we try to move away from opinion and try to be as objective as possible. If we have a question, we ask, ‘How can we actually validate this?’

Advice for others (In a different interview with Tessa of lifehacker about pocket’s Highlights, Weiner gave this advice to others in response to the question: What advice would you give to others that want to take on a similar project?)

It’s important to make sure you clearly define and understand the problem that you are trying to solve and who you are solving this for. This is super important for getting the team aligned on the goals, empathizing with the user and having a clear point of view in which to evaluate the effectiveness of the product explorations. Then with this focus go really wide, prototyping and experimenting with a wide range of directions and hypothesis. Prototyping is essential to get feedback and learn what is working, what isn’t working, what can be improved upon and help you find alternative solutions.

Have patience and don’t force solutions. There are plenty of high value problems to solve in every product. We worked on and off Highlights for over two years. Each round helped us focus, understand and explore the opportunity in each subsequent round until the time was right and we had the size, data, and experience to bring it all together.