How 5 Entrepreneurs Recovered From Failure (And Lessons You Can Learn) 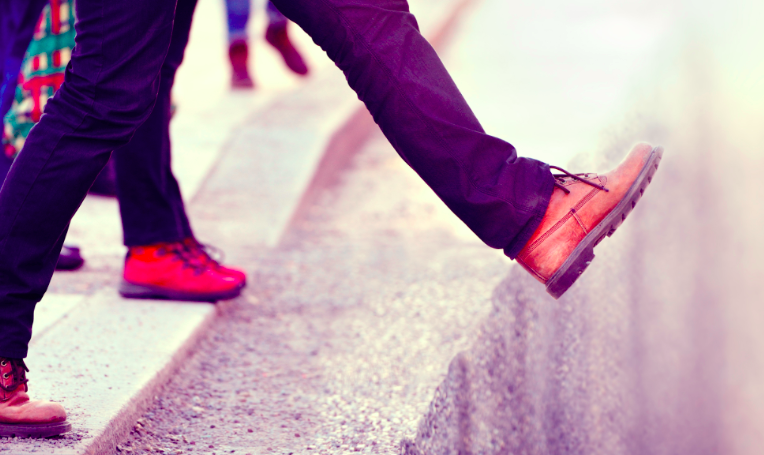 Failure is not necessarily a bad thing. Your response to your failed endeavours can determine how you approach subsequent projects in the future. Failure builds strength and character. If you start something there is always chance of failure, but if you don’t do anything, there is never a chance of success.

“Failure is critical to innovation. Fail fast on smaller bite sized risks that won’t kill your company, and the knowledge gained on each iterative step will eventually deliver you – success.” Matt Sims

These are real examples of entrepreneurs who have failed at some point on their entrepreneurial journey and what they have learned from the experience. These stories were first shared on reddit.

Quit my job with a 3k/month contract and 20k in the bank. What could go wrong?

My biggest takeaway was have a plan to sell. Without new business you will fail – and if you are not a salesman, think about how you are going to accomplish it.

When you lose your first big contract in the first 30 days without a salesman on the team, anxiety is basically going to kill you. I lost everything but my family.

It took me 5 years to recover, but I’m back and stronger than ever. Literally. It has changed my life for the better, but it sure didn’t feel like it most of the time.

In that five years I’ve failed a bunch more. Less risky and this time much less spectacularly. The latest I built a product that took about 3 months of non-stop work – which turned out to not have a market – like zero.

Which brings me to my second point – have a market before you build something. Just because you faced a problem at one point in your life, doesn’t mean that millions of others faced it as well. It could turn out that you might be alone in the world, in fact it’s pretty likely.

That’s not to say I didn’t take some great experience and lessons from that failure – which I’m currently parlaying in a different way that is much more relatable to a big market. On to failure number 80 billion…keep trying.

I learned that you must not get disheartened, you must always, always, always treat your first customers like (better than?) your parents, and that you often must do things that don’t scale to succeed.

I launched a new startup a few years ago. I had had long discussions with one potential client who told me he would get back to me in a few months when he needed my service. I got disheartened when no leads panned out and stop checking my email. I moved onto other things.

I checked that email account 7 months later and saw that a few days after I called it quits, that client had offered to give me a sale worth a few thousand dollars, validating my idea. That’s all it takes to go from 0 to 100. And you simply can’t give up. Worse, I treated that customer like garbage, ignoring him for months. I called and emailed with no luck, trying to get that customer back. Nothing.

So finally I decided I needed to go the extra mile. I found out where the customer lived and found a gift card for his town that he could use at a lot of local restaurants and retail stores. I bought one. I wrote a handwritten card and enclosed the gift card. I apologized and told him I was very sorry and that I would be happy to provide the same product for free if he would ever give me another chance. I told him regardless, I hoped he was having a great day and would enjoy the card.

Calls and email did nothing. But that sure did the trick. Soon after that customer gave me my first meaningful sale. Do things that don’t scale. Treat your customers like gold. Never give up.

Failed twice. The number one thing I learned was this:

Don’t try to start a business until you’re truly ready to do “whatever it takes” to succeed.

Most businesses that fail aren’t actually given a proper chance to succeed.

So…until you’re ready to do anything and everything to not accept failure as an option just keep on working and stashing your money aside until you are….there’s no point starting a business if you’re going to go in half-ass and then quit when it gets tough.

1) All businesses are sales based businesses. You need to answer a compelling question – why should customers support your business versus anyone else;

2) Your business will fail if there is a critical employee that cannot be replaced and that person isn’t you. Never get into a position where your employees are driving the train and you’re just a check book;

3) You need to have a surefire way of containing costs, liabilities, and have a clear exit strategy. Personally guaranteeing business debts, employee contracts, or leases is a dog shit strategy. Never do it. Ever. If you’re dealing with someone who demands it, respond with a similar demand that they countersign personally and watch them shut up.

4) Have a clear cut and defined success metric. Walk away when it’s clear that it isn’t working and don’t be afraid to fail;

5) Don’t invest more than you can lose. You will make stupid mistakes when you’re in the “this must succeed because there is no other option” mentality that’s all too common in small business;

It’s been mentioned but business partners are a high reason businesses fail. I’m from the tech field and also very sales oriented so I’m lucky that this time around I chose to go it 100% alone. I’ll rely on contractors for the small stuff that I shouldn’t put my time into, or for things that I’m not great at – but I will never let a lazy partner make me fail again.

It’s so utterly freeing this time around to go it alone. I honestly feel like I may have succeeded in a few other ventures had I not had to rely on others.